In 2006, Barbara and co-director Anna Lorentzon teamed up to create their prize-winning, controversial feature documentary, "Graphic Sexual Horror." Screening to sold-out audiences at Slamdance and HotDocs Toronto in 2009, it went on to screen at FantasiaFest in Montreal, Athens International Film Festival in Greece, BAFICI in Buenos Aires, and many film festivals worldwide. Cinetic Rights Management purchased worldwide digital rights, and Synapse Films purchased and released the film on DVD in August 2010.

Other works available at this time include "Line of Battle," a novella on Amazon Kindle, and a CD of her songs, "The Bull is Blind." 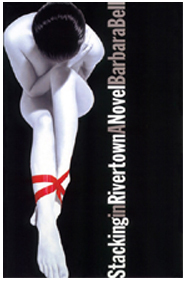 An intricately emotional and erotic debut and a haunting foray into the deepest recesses of a sexual underworld, Stacking in Rivertown is a novel of love, pain, and redemption.
Young, beautiful, and happily married, Beth is finally learning to relax and enjoy her success as a bestselling novelist. Beneath her thin veneer of normalcy lies a terrifying history of sadism, sexual torture, tragic violence -- and a single long-buried secret that could destroy her.
Stacking in Rivertown marks the auspicious debut of a refreshingly bold new writer. In the bestselling tradition of Thomas Harris and David Lindsey, Barbara Bell plunges readers deep inside the mind of a woman struggling to survive and rebuild her life despite a harrowing past.
As Beth flees for her life, Stacking in Rivertown hurtles its readers toward a terrifying and unforgettable climax.

"Newcomer Bell creates a engaging and sympathetic character while skillfully exploring the nature of obsession and human need: a graphically violent but impressive debut." (Kirkus, June 2000)

Buy Stacking in Rivertown at Amazon 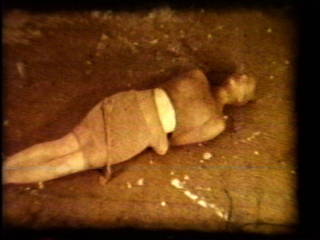 “This fair-minded glimpse into the pain-glorious performances and behind-the-scenes procedures of the now defunct hardest of the hardcore bondage Web sites is simultaneously titillating and reflective, admiring and critical”. – Kevin Langton, San Francisco Bay Guardian

By the time PD’s controversial bondage website, Insex.com, was shut down by the government through use of the Patriot Act, it had 35,000 members. Graphic Sexual Horror takes a peek into the terrifying world of Insex, the most notorious of “violent porn” websites, exploring the dark mind of its artistic creator. Original Insex footage, behind-the-scenes clips, interviews with PD, models, members, and staff, reveal unexpected complexity. Deep fascinations with bondage and Sado-Masochism run parallel, and in fact become irreversibly entwined with the lure of money. The film becomes an inquiry into the most extreme of workplace power dynamics, the definition of art, and government intervention, bringing the viewer face to face with personal prejudices and values.

Pitting daughter against father, Line of Battle creates political intrigue rife with subterfuge, betrayal, and the slaughter of non-combatants – the hallmarks of the “dirty wars” of our time. Mara Adams, a young American anthropologist working in the Himalayas, is kidnapped, raped, and brutally tortured by men intent upon controlling her politically powerful father, Edmond Adams. Edmond has advocated and perpetrated similar secret and troubling US government activities in third world countries from Iran-Contra to the present. Mara later discovers that her father’s duplicity led to her kidnapping.
Both political and deeply personal, Line of Battle charts Mara’s course through darkness – a journey that, surprisingly, is filled with light. Even after the worst of experiences, she finds a way home.

Music - The Bull is Blind 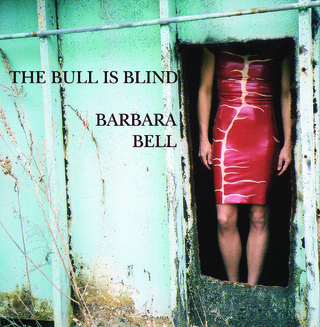 "You get the sense she's seen everything, including your bones." Cristina Williams, WICR Radio, Indianapolis, May2002.

Original acoustic music sung from the edge of a razor. Gritty, dark lyrics shine with a spooky gleam.